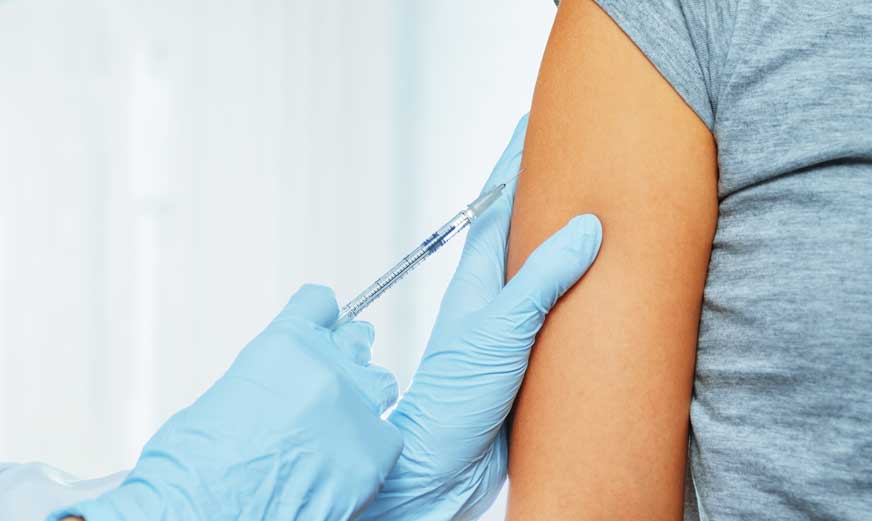 As immunisation awareness week is upon us, we thought it would be a good opportunity to provide some information about immunisation and why being vaccinated is so important in not only saving lives but in providing a better quality of life too.

Immunisation is an extremely effective way of protecting people against serious diseases and is usually administered through vaccinations, which are renowned as one of the most effective breakthroughs in modern medicine.

The first successful vaccine to be developed was the smallpox vaccine in 1796 by Edward Jenner. The smallpox virus was extremely contagious and could lead to permanent blindness as well as premature death. Jenner noticed that milkmaids who had previously been infected with cowpox, a similar virus to smallpox, did not get smallpox. From this, and using previous knowledge, he deduced that the milkmaids’ bodies must have produced chemicals to fight off the smallpox virus due to their previous exposure to cowpox. From this deduction, and much testing, the smallpox vaccine was created and a healthcare revolution born.

Vaccines do not infect us with a disease but work by stimulating our body’s immune system to produce antibodies to protect us in the future if we do get infected. Vaccines are made up of disease causing viruses, bacteria or toxins known as antigens. These can be present in the vaccine as either inactivated or live versions. The inactivated antigens have been destroyed and are unable to replicate in the body but there is enough in the vaccine for our immune system to recognise the disease and protect us when necessary. However, a weaker immune response may be produced so more doses are needed, known as booster doses. Live vaccines contain antigens which have been weakened but not fully destroyed. They are unable to cause a disease in a person with a healthy immune system but can replicate so our bodies can produce a stronger immune response to fight off the disease when required. As these are more similar to an actual disease, live vaccines usually provide lifelong protection.

The main component of vaccines is the antigen, but they also contain other ingredients, such as egg proteins, formaldehyde and even antibiotics, to help make them safe, effective and stable. These ingredients are usually included during the production process and are removed from the final product, although trace amounts may remain. In most cases, these trace amounts are perfectly safe, but it is important that people who are allergic or unable to take these ingredients are aware and offered alternatives if possible.

Vaccinations have eradicated or drastically reduced many diseases all over the world. The World Health Organisation (WHO) announced that smallpox was officially eradicated worldwide in 1980 after a very ambitious and extremely successful immunisation programme. Polio, another potentially life-threatening disease, where the virus destroys nerve cells and can leave people paralysed, has been eradicated by the use of immunisation programmes, in the UK, Europe, Western Pacific and America. In the UK, due to our childhood immunisation programmes, diseases such as whooping cough, diphtheria and meningitis C, to name a few, have virtually been eliminated.

Even though these deadly diseases have been eradicated or limited, we must not be complacent as there is a real threat of outbreaks occurring. The most effective way to keep deadly diseases under control is by immunisation programmes. However in the UK, having vaccinations is not compulsory, it is a choice. Additionally, there are people who may not be able to have vaccinations for various reasons, such as those who are too ill or whose immune systems are damaged or not working properly. Having immunisation programmes means we can vaccinate most of the population that can safely have vaccinations and thereby creating protection for the few that cannot as it becomes harder for a disease to pass through. This is known as herd immunity.

There have been huge advances in vaccination development over the years, with vaccines for influenza and cervical cancer being introduced, to name just a few, and more in the pipeline. A number of global pharmaceutical companies are also supporting the promotion of vaccinations and immunisation programmes in underdeveloped countries to aid in the fight to eradicate deadly diseases worldwide. The future of vaccinations is looking positive and working effectively in having a world where deadly diseases could be completely eradicated is looking promising.