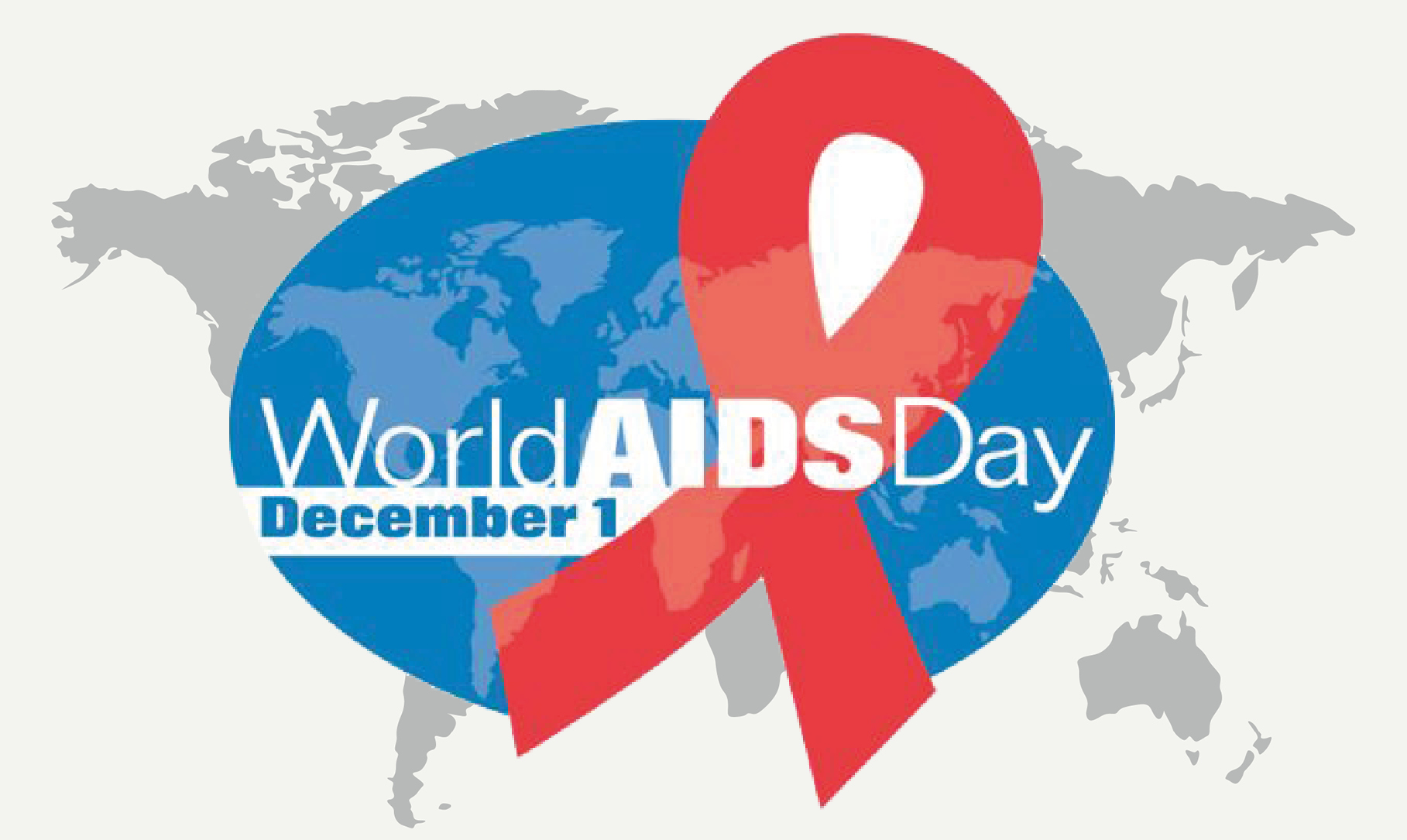 What Is World Aids Day?

1st December 2018 will mark the 30th anniversary of international World AIDS Day. This day is dedicated to raising awareness of Acquired Immune Deficiency Syndrome (AIDS) caused by the spread of the Human Immunodeficiency Virus (HIV), supporting those living with and commemorating those who have died of the disease. It also aims to highlight progress made with prevention, treatment and care.

HIV is a virus that progressively damages the cells in the immune system weakening an individual’s ability to fight common infections and diseases. It is this virus, that if left untreated can result in an individual having AIDS. The term ‘AIDS’ describes a number of potentially life threatening infections and illnesses that occur when the immune system has been severely damaged by the HIV virus.

Other body fluids such as urine, sweat and saliva do not contain enough of the virus for it to infect another person.

HIV is not transmitted by spitting, kissing, sharing cutlery, swimming pools, toilets or contact with animals or insects such as mosquitos.

WHO IS MOST AT RISK OF HIV?

WHAT ARE THE SYMPTOMS OF HIV?

Up to 80% of people infected with the HIV virus experience a flu-like illness that can manifest 2 - 6 weeks after an infection. However, these symptoms are relatively common and can occur due to other causes. If an individual has flu-like symptoms and believes they may be at risk of HIV, a test to confirm diagnosis is highly recommended.

HOW IS HIV DIAGNOSED?

A HIV test is the only way to diagnose and confirm HIV. Symptoms of HIV may not become apparent for a number of years following infection, the sooner it is diagnosed, the quicker treatment may be initiated avoiding serious illness.

There are 4 main types of HIV tests available (see table 1 below), a blood test is the most accurate method for testing and usually gives reliable results from 1 month after infection. Results will be presented as either positive, where the infection is found or negative where there are no signs of infection.

WHERE CAN YOU GET A HIV TEST?

HOW IS HIV TREATED?

No cure for HIV exists, treatment aims to control the virus enabling an individual to live a long and healthy life.

Antiretroviral drugs are recommended to treat HIV. These drugs prevent the virus from replicating allowing the immune system to repair itself, preventing any further damage. The aim of antiretroviral treatment is to bring the level of virus in the body to low levels such that a blood test cannot detect it, it is ‘undetectable’. There is no risk of passing on HIV if an individual is classed as ‘undetectable’, however, they must continue taking treatment as on discontinuation, the viral load increases. Combination treatment is often used to avoid resistance.

Emergency HIV treatment or post exposure prophylaxis (PEP) is prescribed for patients who have been exposed to the virus. PEP may stop an individual becoming infected, however, treatment must be initiated within 72 hours of coming into contact with the virus in order for it to be effective. PEP may be accessed from sexual health or genito-urinary medicine clinics or from hospital accident and emergency departments.

Patients taking antiretroviral medicines should not take any over the counter, herbal or alternative therapies without consulting with a doctor or pharmacist first due to potentially serious interactions.

REMOVING THE STIGMA OF HIV & AIDS

UNAIDS and the World Health Organisation (WHO) have found that people are reluctant to get tested, disclose their HIV status and take antiretroviral drugs due to the fear of stigma and discrimination.

HOW CAN TRANSMISSION BE PREVENTED?

This year’s theme is ‘know your status’. Due to fear of stigma and discrimination, people are deterred from taking a HIV test. Many people only present for testing when they have symptoms of HIV. This World AIDS Day aims to raise awareness about the importance of individuals knowing their HIV status and removing barriers to accessing testing services.

WHAT CAN BE DONE TO HELP?

#ROCKTHERIBBON The red ribbon is the universal symbol of awareness and support for individuals living with HIV. Red ribbons can be purchased from selected branches of Morrisons, all MAC cosmetics stores and counters or from the National AIDS Trust.

The Leicestershire AIDS Support Service (LASS) and National AIDS Trust (NAT) have kindly provided Buttercups Training with ribbons which are a great way to raise money and awareness. All proceeds raised at Buttercups will be divided equally between the NAT and LASS.

Make a donation to a registered charity such as the Terrence Higgins Trust, Avert , the National AIDS Trust, or Leicestershire AIDS Support Service.

WHERE CAN MORE INFORMATION, ADVICE AND SUPPORT BE FOUND?