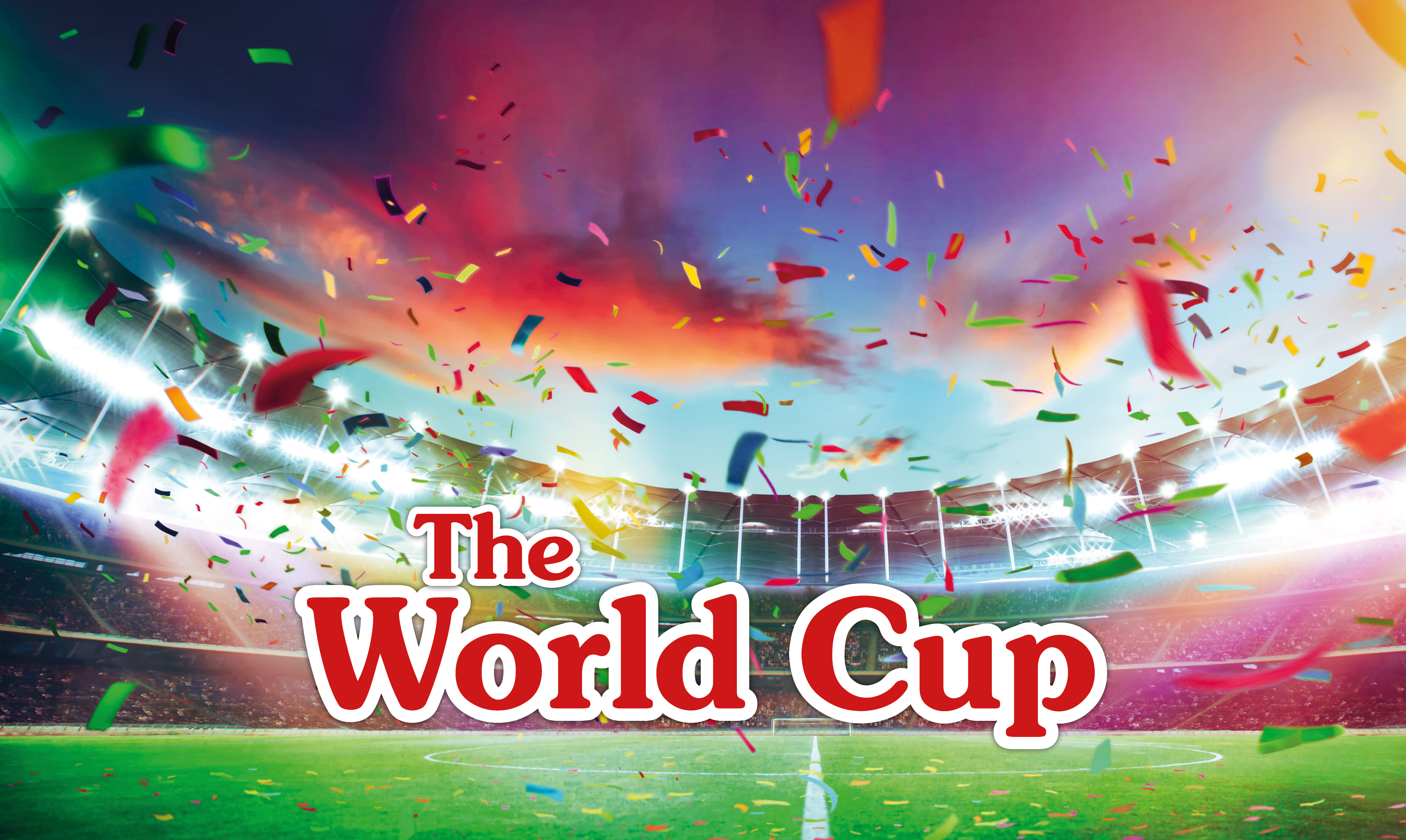 Equality, Diversity And Inclusion Within Football

You may think there is a very tenuous link between football and our EDI vision. However, as the men’s World Cup in Russia in due to commence on 14th June, there are myriad examples of how football deals with many of the protected characteristics and EDI in general – both very promisingly and rather worryingly.

Football often reflects society as a whole. Many problems visible on the terraces, in the boardroom, and even on the pitch, can be traced back to cultural failings. We can also learn from football. The on the pitch ‘workforce’ in the Premier League is one of the most cosmopolitan in the world, yet there’s a dichotomy between this and racist chants at matches coupled with a lack of diversity at managerial and boardroom level. Women’s football has never been as popular, but funding is almost non-existent and only 6% of the FA council is female.

Studying the issue of gender diversity in football, more needs to be done. Until last year, there was a solitary female on the 12-strong FA board. Now there are two. If the higher echelons of football are still in the dark ages, it’s very difficult for meaningful change to trickle down to the professional clubs let alone the grassroots level. There’s been a rise in the last five years of women participating in football. Much of this down to the success of the national team – finishing 3rd in the 2015 women’s World Cup. Of ages 5-15, 26% of players are girls; for adults, the figure is 25%. This could arguably be improved upon if there were more teams. Of female players, 23% are involved in teams whilst the others play recreationally. Yet despite more than a quarter of youth players being females, only 10% of teams are girls’ teams. Surely, if there were more teams, more would play?

Next to nothing has been done to curtail homophobic abuse heard at football grounds across the country. Almost three-quarters of fans have heard homophobic abuse at a match in the last five years. Worryingly, 18-24 year olds are twice as likely to state that anti-LGBTQI language is merely ‘banter’. Clubs have begun to see the light, supporting the rainbow laces campaign and treating homophobic abuse as seriously as racist abuse. More has been suggested, for instance, a club presence at Pride Parades, better steward training and clubs recognising and promoting their LGBTQI fanbase. Stonewall argues that clubs have been doing a good job at fighting homophobia, whilst reiterating that lasting change needs to come from the upper reaches of the game. The real issue as a Stonewall spokesperson argues, is ‘cultural, which will inevitably take time to change...the big breakthrough would come when more role models from football stepped forward.’

There has been a marked upsurge in disability sport since the successful home Paralympics in 2012. As regards football, there has been a 55% increase in teams since 2012. Access for disabled people wishing to attend matches, though, needs vast improvement. Fourteen of the 20 Premier League clubs now have the requisite amount of wheelchair spaces available. This is up from a woeful two in 2015. Sadly, I’d suggest the threat of legal action from the Equality and Human Rights Commission rather than a real desire to change was the main driving force.

Racism has long been a blight on society in the UK. Football itself has come a long way since the dark, dark days of the 1970s and 1980s. However, a recent rise in discrimination is worrying, but seems to reflect current societal trends. A study at the beginning of 2018 showed a whopping 59% increase in reports of discriminatory abuse (of which 54% were of a racist nature). This includes grassroots football, social media as well as the professional game. Lord Ouseley, the chairperson of Kick It Out, said there must be: ‘a collective effort to tackle the rise of hatred within football,’ whilst lamenting the ‘backdrop of rising hatred in our society.Much like the others problems afflicting football, education on discriminatory issues is paramount.

On a more light-hearted note, before concentrating on the World Cup, many say football is much like religion, a new opiate of the people. The ritualistic nature of a weekend gathering is a must for the truly committed (at the Bridge, the Lane or wherever your local ‘church’ may be). The less devout stay at home to watch on Sky or Match of the Day. Affiliation with a football club means you instantly become part of a community. Fans feel despair when losing a cup final or being relegated. These moments of emptiness can inspire hope in the darkest times. A difference with religion, however, is that you’re unlikely to show your vociferous support for a priest by wearing replica vestments to each sermon.

Now, the World Cup! This showcases the best and worst of football.

Eyebrows were raised when Russia was awarded the tournament for 2018. Hopefully, hosting the tournament can at least challenge some and change more areas of social life there in Russia. It could be the catalyst needed for lasting change in an area of the world not renowned for its inclusivity. We all truly hope there are no instances of racism or homophobia at the tournament. It should be a celebration of diversity with 32 nations competing for the trophy. England don’t stand a chance, but we’ll all get excited come kick off time. You’ll be able to watch the matches live on BBC and ITV from 14th June to 15th July.

1. 1970 – Pele’s Dummy
A classic example of football virtuosity. Pele’s dummy and runaround move against Uruguay in the semi-final didn’t result in a goal (Pele’s shot was just wide), but will forever be remembered as a perfect example of audacity and skill from the King of Football.
2. 1986 – The Two Sides of Maradona
In the space of five minutes at the majestic Azteca Stadium, two moments from Maradona perfectly encapsulated this flawed genius. On 51 minutes, Maradona leapt and punched home the most infamous goal in football history. This ‘Hand of God’ goal was followed four minutes later by a goal of sublime class, also with its own moniker, the ‘Goal of the Century’. Words cannot do it justice, just watch the video.
3. 1970 – Game of the Century
The ‘Game of the Century’ was deadlocked at 1-1 at the end of normal time, thanks to an injury time equaliser by West Germany. An amazing five goals were scored in extra time with Italy finally winning a pulsating clash 4-3. Gerd Muller scored a brace, his 9th and 10th goals of the tournament, but this wasn’t enough as West Germany succumbed to a Gianni Rivera strike. Italy’s exertions meant they ran out of steam in the final, albeit against the finest side of all time, losing 4-1 to Brazil four days later.
4. 1974 – Cruyff Turn
Copied by millions of youths around the globe, this iconic move first came to the world’s attention when Cruyff performed it against Sweden. Feigning to cross the ball, Cruyff’s deft drag behind his standing leg and 180 degree swivel left the defender for dead. What a move; what a player.
5. 1966 – Charlton’s Wonder Strike
A top corner bullet from Bobby Charlton helped the Boys of 1966 to get their world cup up and running against Mexico, after a tepid goalless draw in the opening game. England managed to get past a bad-tempered Argentina and Eusebio’s Portugal in the quarters and semis respectively before winning the final 4-2 thanks to a Geoff Hurst hat-trick. Charlton was tasked with a man-marking job on Franz Beckenbauer, meaning both sides’ best players didn’t contribute much going forward in the final. Nevertheless, Charlton was England’s best player and scooped the player of the tournament accolade.